In order to earn money, one has access to many different ways. And the great part is that now, you don’t have to rely on just one single source of income.

In fact, some of the most wealthy and successful people on the globe have made their dollars by precisely not putting all of their eggs into one income basket.

In the Business Insider Thomas Corley recently wrote about this phenomena. According to him, his father learned this lesson the hard way when he had been running his own business.

The main warehouse of his father’s firm burnt down and he lost his livelihood. The business at the time was worth $3 million which would roughly come up to $20 million in today’s world. From being a person of means the man went to struggling to keep a house over his family’s head overnight.

According to Corley, the family struggled monetarily for nearly the next 15 years, trying to recover from that blow was a nightmare for the family; they struggled almost daily to not let the family home being foreclosed. And later Mr. Corley confided into his son that he wished he had not kept all his eggs in one basket and had made multiple investments for a rainy day.

Thomas Corley’s research has found out that most millionaires take the multiple businesses and investments route. They do not rely on just a single source of income.

According to him his research deduced that about 65 percent of self-made millionaires had somewhere around three ways or means of earning their income. Around 45 percent had four methods of earning and around 29 percent had five or more income sources.

Side Businesses and Ventures for Regular People

The research about multiple income sources applies not only to business owners and entrepreneurs but also regular people. Having businesses and side ventures is great for your own self.

The concept can also be applied to businesses and firms themselves. If you want your firms to make more money, then diversifying how you go about it is a great idea.

For example if your reliance is only on online sales from your website, you could also consider starting a sponsorship program for your site or blog or crafting products to be sold in local stores.

If you choose to diversify your sources of income, you will not only be able to diminish risk, but you could also try out different methods that could bring you more and more success and profits in the future. That does not however mean that you start to fully focus on other methods. It is essential that you keep your focus on your main source of income while using other methods to substantiate it. For instance, if selling products online is what your business has been doing from the get go then consider this your primary source of income and use other methods to substantiate it and supporting it. 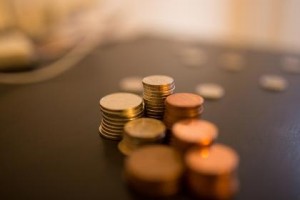 The point of diversifying is to have money coming from local stores and your online blog when the online sales season is at a low. These extra tit bits of income will help out during those times.