How Can You Tell if a Franchise is Growing or Shrinking?

What are the hallmarks of a growing franchise system? What about a shrinking one?  Owners of the approximately 2,000 franchise systems operating in the United States would be interested to know, and now a study has been done with some thought-provoking findings.

Franchisegrade.com, a company that provides data analysis and market research for franchise systems, collected information from 1,914 franchise disclosure documents which were released between 2013 and 2015.  They split the franchisors into two categories of chains and differentiated between the two with the terms “growing” and “shrinking.”  With an extensive analysis obtained, they determined that 1003 were in the growing category and placed 555 in the shrinking category.

They also discovered that 356 of such systems didn’t fall into either of the two broad categories because they didn’t change. To make the study more accurate, they decided to remove these 356 unchanging systems.  Then they examined the differences in their territory exclusivity, outlet closure, working capital, and financial performance indicators.  Their published final study revealed four key indicators of whether a franchise system was expanding or shrinking:

Franchisegrade.com correlated data with information regarding increasing or decreasing numbers of outlets in the chain.  They did not identify the causes of growth or shrinkage, nor did they account for other factors.  However, the findings do point to a helpful trend, that franchisors should enhance system outlet growth if they want to expand.  Even without all these inclusions, the study will act as a guide to help franchisors understand how well to classify their systems. 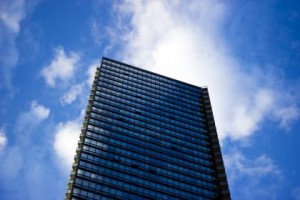 While some of this information is not new, some of it has not been looked at in this light before.  For more information on the subject, you can purchase the book “From Ice Cream to the Internet: Using Franchising to Drive the Growth and Profits of Your Company”. The information included in the study is thoroughly documented and should be examined by anyone who is interested in starting or expanding a franchise system. The information provided from the study would not only encourage individuals that have been looking towards franchising but it would also help those already in it to have a clearer picture on how well to strategize themselves and their intending franchise.