The Best Business Ideas for Franchising

The number of businesses across the globe is countless. Most of these businesses which come from different industries try to sell their franchises to potential investors, in order to expand their brand and build a name for themselves. However, only a handful of these businesses are able to get the right value for the franchise they offer and attract buyers.

Although the reasons behind the difference in the success for selling the franchise depend on the specific circumstances, in general some ideas can be sold more easily than others.

Three Factors in Determining the Success of the Franchise

As previously mentioned, there are many things that determine whether the franchise would attract buyers or not, but three factors can be considered as crucial when it comes to selling a franchise. These factors cover the following: to have an effective method that will enable you to meet the requirements of the consumers, to document this method in a fully functional and defined operating system and finally to offer products or services that a large number of people can promote.

It should come as no surprise that people refuse to buy something that is not an improved version of the one they already have and if it’s not something they can’t come up by themselves in order to fulfill the requirements of their customers. To make things more clear let’s look at this from a simple example.

Imagine somebody was selling a franchise for a hotdog. If this franchise doesn`t offer a new recipe for preparing the hotdog, a higher quality than the one customers are accustomed to, more affordable ingredients, a better or more effective way to manage things or some other aspect that the entrepreneurs wouldn`t possibly come up with by himself/herself, the franchise won’t sell.

Basic Indicators to Determine True Value of a Franchise

There are some basic indicators that can tell whether a franchise is successful and worth investing in, or whether it is a waste of time, effort and money. Here are the clues you should look for in a franchise to determine its true value.

If you want to be sure in the success of the franchise and in the value it has, the best way is to check the number of locations where the brand can be found; the greater the number, the better the franchise. Apart from the location a good indicator for quality is the way people react when they see the franchise. A positive reaction to the product or the service always adds value to the franchise, as it means that people would be attracted by the brand whenever they see it and relate it to positive experience. 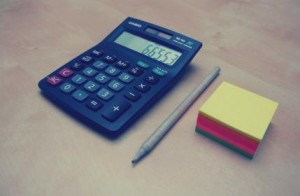 In order for the franchise to be attractive for potential buyers it needs to have a business concept that can be easily transferred or adopted. Unless the buyer is able to replicate and run the business as good as the original, the franchise will have no value. The franchise needs to be simple and easily accessible so that even those buyers who don`t have much experience in that industry are able to learn how to run the business in a relatively short period of time and almost effortless. That is why the franchisor needs to prepare detailed operating plan outlined in a clear document that will contain all information relevant to the franchise. And finally, the franchise needs to attract the attention of a lot of investors. In order to be able to do so, the franchisor needs to promote the franchise and try to sell it to as many people as possible. Those businesses that are able to attract the attention of only a few investors have a lesser chances of success, thus they will generate less profit.  If the franchise requires a lot of investments it limits the number of people who are able to obtain that franchise, and by that it decreases the chances of building a successful chain both locally or internationally.